A long time ago, I was curious why, within the culinary profession, you had both the “truffle” mushroom and the “truffle” dessert. I could only assume that they were using the mushroom in the dessert, which, obviously, did not make sense.

It turns out that the dessert merely resembles the mushroom, by definition. 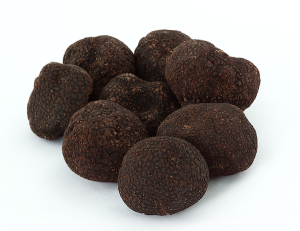 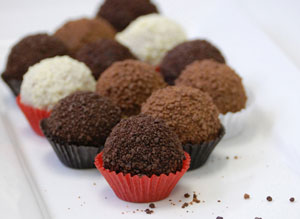 Ever heard of a “truffle hog“? I have, though it is not something that comes up in daily conversation for me. It turns out that a truffle hog is a pig that has been trained to find the truffle mushroom underground (up to three feet deep) by smell. It is believed that the smell of a truffle is not dissimilar from the smell of a male pig’s hormones.

A picture of a “cochon truffier”: 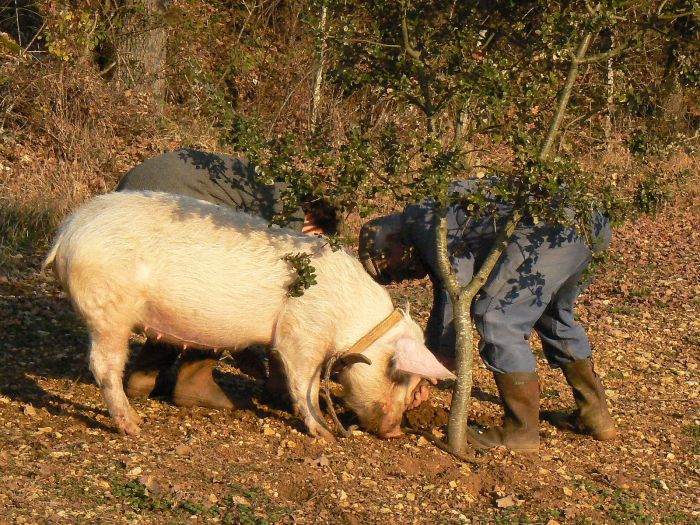 When I search for “truffier” all of the results are in French. When I try to translate “truffier”, it does not appear to translate. So, I am just assuming it means “classy truffle finder”.

The Storied History of Tulips and Truffles

Truffles have an interesting history. It is not dissimilar to the manic tulip industry in Holland in the 1600’s except truffles came from France and they remain expensive.

We could not figure out how to cultivate truffles until the 1800’s. This practice is known as “trufficulture”. It turns out that truffles grow on some trees’ roots. We eventually jsut started transporting seedings to new areas. France had the perfect climate/earth for cultivating truffles and, because of a couple of epidemics that ravaged its vineyards and silkworms, the land was converted to truffle farms. By the end of the 1800’s, there were one-hundred-and-ninety-thousand (190,000) acres of trees used for truffle farming. Among other things, though, the two World Wars killed 20% of the male farmers along with their modern cultivation techniques. Because of this, the cost of truffles skyrocketed. They went from being commonplace to being a luxury/delicacy.

To this day, the truffle farms have still not recovered to where they were before the wars, though farming has spread to various isolated areas around the world (US, South Africa, Chile, Australia, for example). This might be as much due to controlled demand as it is to climate, as the farmers want to control prices and cultivation.

Last Thoughts on Hogs and Cadavers

Back to the truffle hog, it is amazing what we can train some animals to do with their natural gifts. This reminds me of something where I read where dogs can be trained to find cadavers under water with their nearly-miraculous sense of smell. In fact, this guy mentions a body being found under forty feet of water. For more information on what makes a good cadaver dog, see here. It is not without some cuteness what makes the difference between a good one and any other. Man’s best friend.