By convention it is avoided but can still be done. It might require intervention by The Hague, but any country that has signed the Hague Service Convention and agreed to the formal process of being served/sued is a candidate for a professional and managed process.

From the Wikipedia article for “international litigation”:

In the United States, service of process is routinely carried out by private lawyers or their agents. In contrast, many other countries consider the activity of serving process in a judicial proceeding to be one appropriate only for the government or an arm of the government.

As a result of differing approaches to the issue of service of process, several nations signed the Hague Service Convention (1965), under which each member nation is required to establish a Central Authority to receive, review, and execute requests from foreign courts for carrying out service of process.

Most countries that are signatories to the Hague Service Convention will accept requests for service that are signed by the lawyer for the plaintiff (claimant). Two exceptions are the UK and Israel.

Any lawyer who ignores the international aspects of service of process when suing a non-US defendant might find that the resulting judgment cannot be enforced where the defendants’ assets are available.

The “Hague Service Convention” specifically bypasses having to use formal diplomatic channels:

The treaty allows for service of process of legal documents from one state to another without the use of consular or diplomatic channels.

A country might also sue themselves from a foreign court (I’d love to know a scenario for this). This is a general, whimsical scenario of one country suing another written by a commentator at the non-Wikipedia link, below:

There are number of courts that have jurisdiction depending on the issue. The World Trade Organization is one place where member states can sue each other. As is the World Court. The problem with these organizations is they often lack what many people would consider real power to enforce thier decisions.

For instance, let’s say that you are the leader of Metafilteria. You believe that citizens of Redditopia are providing illegal corn subsidies to thier farmers. So you go to the WTO and prove your case. 10 years later the WTO finally rules in your favor. But the WTO can’t make Redditopia remove the subsidies. All the WTO can do is give Metafilteria the right to impose tariffs on goods from Redditopia. That may cause political pressures inside Redditopia to remove the subsidies, but often it doesn’t. In the real world equivalent the above the USA ended up paying Brazil millions of dollars a year and making a vague promise to remove the subsidies someday. So far that hasn’t happened.

Now to make it more complicated countries can sue each other, sometimes, in thier own or other counties courts. This happens when the country has a treaty to give up it immunity to suit. Generally they do this in a limited matter. I.e. The USA may agree you can sue them to enforce government contracts for goods, bit not over human rights.

In short. No easy answer. It depends on which country and what the subject matter the lawsuit is over.

On preview: typing on a cellphone takes too long to beat the smart people of Metafilteria.

Note that, in this blurb, ICC (in The Hague) also seems to be the last stop, even behind the UN. So, even though The Hague owns some or all of the paperwork, they defer to everyone else before getting involved:

The International Criminal Court (ICC or ICCt)[2] is an intergovernmental organization and international tribunal that sits in The Hague in the Netherlands. The ICC has the jurisdiction to prosecute individuals for the international crimes of genocide, crimes against humanity, and war crimes. The ICC is intended to complement existing national judicial systems and it may therefore only exercise its jurisdiction when certain conditions are met, such as when national courts are unwilling or unable to prosecute criminals or when the United Nations Security Council or individual states refer investigations to the Court.

Take a second and look at the featured picture of the ICC in The Hague. I have never seen it before. Imagine what it must be like to work there, to work to apply justice at that level: 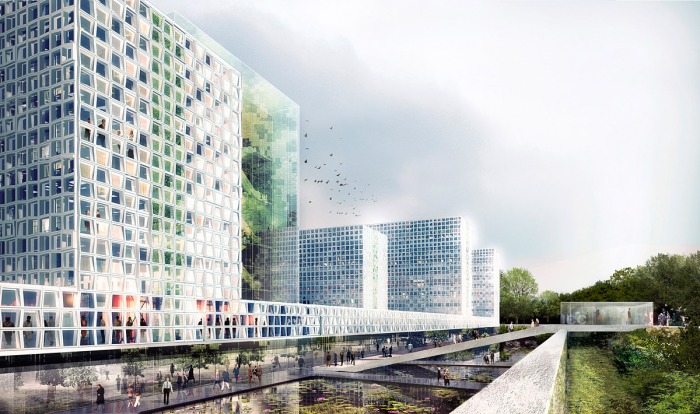 A summit having to do with Africa:

General The Hague pictures that I ran across:

All of the pictures I see of this city seem to give off the general feeling of august dignity.

How do countries sue each other?