No, actually. It is the female bees that sting. Why? Because the stinger is part of the reproductive system! What?? Yeah! It actually lays the eggs (though only the queen does this)!

A look at the stinger, up-close:

Even closer. The stinger is wicked: 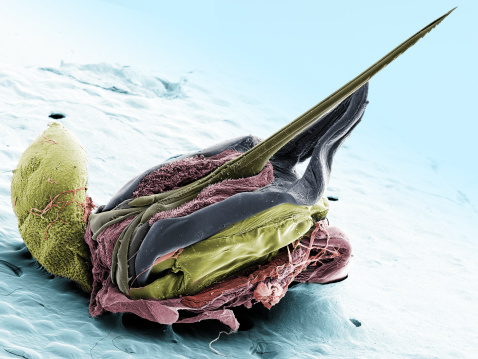 A close-up of the barbed-edge:

Now, look at the general anatomy of the bee: 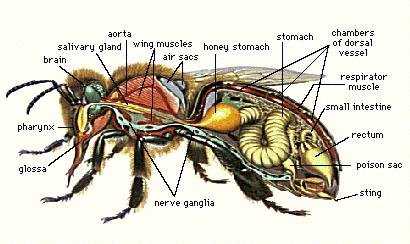 I did not expect to see so many recognizable parts. Notice that they actually have a second, “honey” stomach. This is where they process and transport the honey.

For reference, this is the anatomy of an ant:

Notice that ants also have a second stomach. Apparently this stores food meant to be shared and, even though the ant can use what is in this second stomach, the process does not actually work as well when the ants are isolated.

MARCHING ONE BY ONE