A lightvessel, or lightship, is a ship which acts as a lighthouse. They are used in waters that are too deep or otherwise unsuitable for lighthouse construction. Although there is some record of fire beacons placed on ships in Roman times, the first modern lightvessel was off the Nore sandbank at the mouth of the River Thames in England, placed there by its inventor Robert Hamblin in 1732. The type has become largely obsolete; some stations were replaced by lighthouses as the construction techniques for the latter advanced, while others were replaced by large automated buoys.

They are no longer in operation in the US. 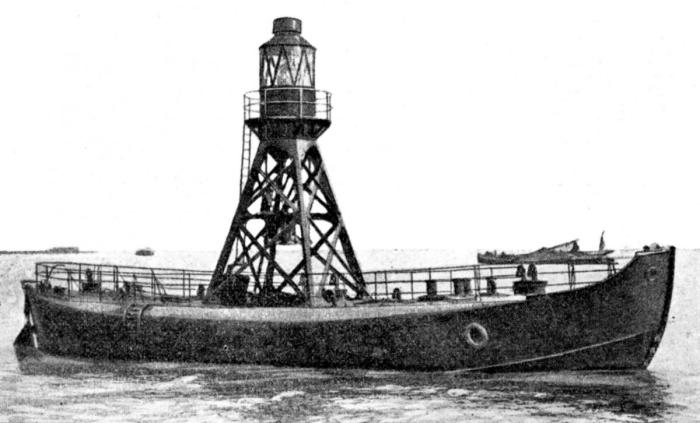 The inception of the Coast Guard and Lighthouse Service was born out of great men and great heroism.. The brotherhood of man set against enormous, violent bodies of water and terrific squalls with little more than a coat, a big flashlight, and the commitment that no man should be lost and alone in their moment of need in so dangerous a place. The lightship is one more step in the march of progress that began with traveling the seas with nothing but the stars to guide you and a dinghy to save you to our current wealth of construction and technology, such that men at sea have the best possible chance of being rescued when the situation turns bad.