The closest thing appears to be a red-crested cardinal:

There was also a half-white, half-red one spotted in Illinois a couple of years ago: 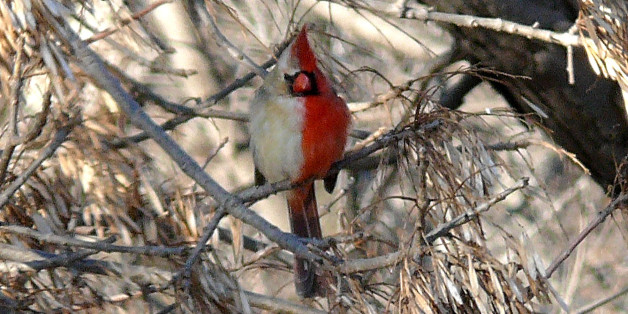 If you have not seen it yet, an extremely rare yellow cardinal was just spotted a couple of hours ago. The picture has gone viral: The featured image is of a rare white moose seen in Sweden.